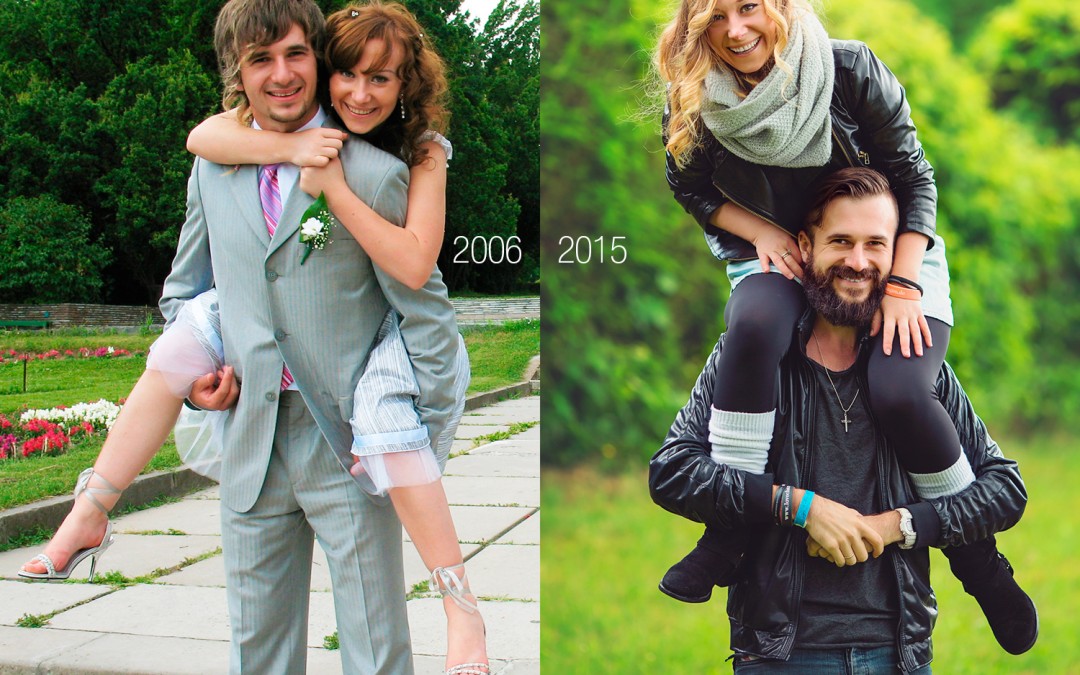 Long ago at 2006 when the digital photography was getting to the masses I did my first ever wedding photo shooting. My good friends Natasha & Sergey asked me to make some photos at their wedding. I gladly agreed. At that time I was already in love with photography but I had no idea that it will become my biggest passion and a full-time job.

That day I used my Kiev19 film camera and borrowed from the groom Canon PowerShot A610.  And an interesting thing is that Natasha & Sergey still have the album that I’ve printed for them from the film that I’ve used back then, but all the digital photos have been lost. Later on our life went in to different directions  how it often happens with friends, I moved to Germany and they moved to Israel. After about 5 or 6 years we met again. They came over to Germany and we had a great time talking about everything that happened for the last years. Many things changed but they are still the same funny, full of life crazy couple that I knew 🙂

I had a look at my photo archive and found some of those old digital photos. If you will be interested to see some more from my first wedding shooting – leave a comment 😉

We use cookies on our website to give you the most relevant experience by remembering your preferences and repeat visits. By clicking “Accept All”, you consent to the use of ALL the cookies. However, you may visit "Cookie Settings" to provide a controlled consent.
Cookie SettingsAccept All
Manage consent

This website uses cookies to improve your experience while you navigate through the website. Out of these, the cookies that are categorized as necessary are stored on your browser as they are essential for the working of basic functionalities of the website. We also use third-party cookies that help us analyze and understand how you use this website. These cookies will be stored in your browser only with your consent. You also have the option to opt-out of these cookies. But opting out of some of these cookies may affect your browsing experience.
Necessary Always Enabled
Necessary cookies are absolutely essential for the website to function properly. These cookies ensure basic functionalities and security features of the website, anonymously.
Functional
Functional cookies help to perform certain functionalities like sharing the content of the website on social media platforms, collect feedbacks, and other third-party features.
Performance
Performance cookies are used to understand and analyze the key performance indexes of the website which helps in delivering a better user experience for the visitors.
Analytics
Analytical cookies are used to understand how visitors interact with the website. These cookies help provide information on metrics the number of visitors, bounce rate, traffic source, etc.
Advertisement
Advertisement cookies are used to provide visitors with relevant ads and marketing campaigns. These cookies track visitors across websites and collect information to provide customized ads.
Others
Other uncategorized cookies are those that are being analyzed and have not been classified into a category as yet.
SAVE & ACCEPT